FLOORCOAT is a Danish owned company, with export to Norway, Sweden, the Netherlands, Germany, Switzerland and UK. FLOORCOAT produces virtually all the products used in the industry for sanding and finishing floors.

FLOORCOAT has several branches in Denmark and subsidiaries in Norway, Sweden, Germany and the Netherlands.

In addition to our own products, we also sell branded products from home and abroad.

FLOORCOAT is focused at the professional market and is known as a reliable and serious partner and to always be competitive on price – without compromising on quality.

To be the preferred partner in quality products for wooden floor sanding and floor treatment by leading a range so broad that it covers the entire spectrum of floor sanding.

Additionally, we will be a workplace where the individual, in attractive frames, can develop its capabilities.

The story of Tip Top

Tip-Top Slibematerialer A/S is a family owned business. The owner, Henrik Hansborg is the managing director.

1999 Henrik Hansborg, who has worked with floor sanding since 1985, establish at his private address Company Tip-Top Slibematerialer with production of floor care products.

2000 Production is expanded to include Abrasive Discs and belts.

2004 Opening of a branch in Copenhagen

2007 Acquisition of the company Floor Coat and production is expanded by moving to a new site of 3000 m2.

2009 Opening of a branch in Aarhus

2013 Tip-Top Floorcoat etablished in he Netherlands

2014 – Establishment of Floorcoat Sverige AS with office and warehouse in Malmö.

2019 – Introduces FLOORCOAT as a trademark

By: ErhvervsHjemmesider.dk
Manage consent to cookies
To give you the best experiences, we use technologies such as cookies to store and / or access device information.
Manage options Manage services Manage vendors Read more about these purposes
See preferences
{title} {title} {title}
Scroll to Top 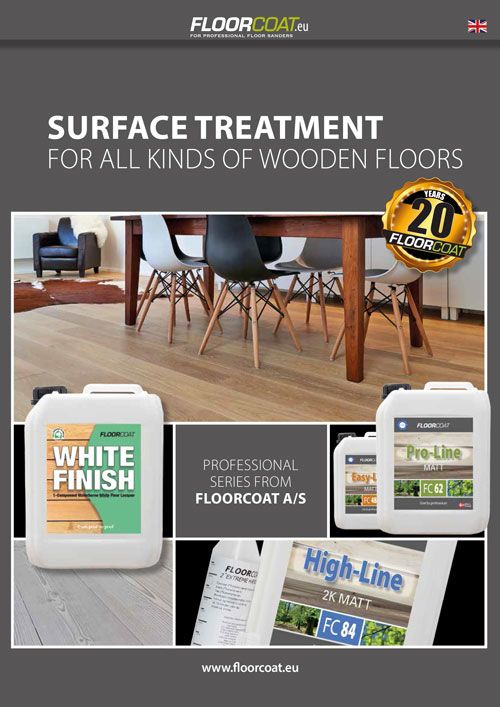